So far three successive groups of alumni have graduated from HIE. Our alumni have been able to serve as scholars, community leaders and heads of Islamic centres in the West.

However, the four-year level is considered as the introductory level education, and naturally cannot fully quench the thirst of those who want to learn religious knowledge and prepare themselves to respond to the challenges that human beings face in this day and age. Moreover, not everyone can migrate to the holy city of Qom for further in-depth studies.

Hence, HIE has decided to establish the advanced level of religious education, having beseeched God Almighty for assistance and praying to receive the blessings of Imam of the Time (May Allah hasten his reappearance).

This module will be text-centered and research-based and the pupils are to present their research work on a periodic basis.

The advanced level will last three years and will be offered in two languages, i.e. there will be separate classes for English speakers and Farsi speakers. 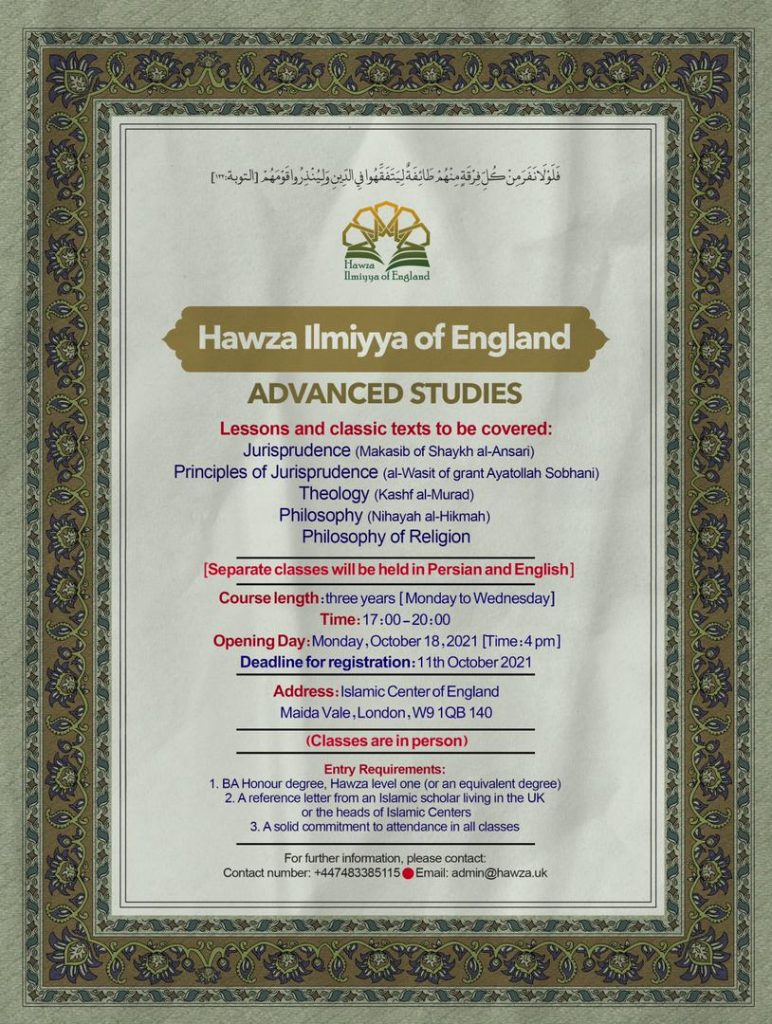