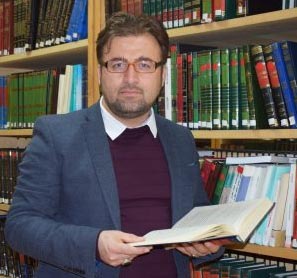 (Doctorate in Professional Studies- Teaching the recitation of the Holy Quran)

(Master in Diplomacy and International Relations)

(Bachelor and graduated from Literature and Foreign Languages Faculty)

(Diploma of Qualified Recitator and Teacher of Quran in Iran)

Quran: Quran Recitation Lecturer at the Islamic College of London

Quran: Teacher of Quran at the Association of Recitors in Kabul, Afghanistan.

Dr Saeid Sobhani is a lecturer at The Islamic College (London) with more than 30 years of experience teaching Islamic studies, particularly Theology, Philosophy, Islamic Jurisprudence, the Principals of Jurisprudence, the History of Islamic Schools of Thought and Arabic grammar.